As many of you know, I’m in India.  I’ve been traveling since March 14th.  I started in London for two days and then India for two weeks (getting home on March 31st).  I figure most people enjoy hearing about the travels so that’s what I’ll go with for this post.

London – so I’m about to start a new job within my current company that will take me to jolly old England on a pretty regular basis this year.  This particular trip was to meet and greet the team and bond.  Guess what?  There is an old English pub across the street from the office called The Chapel.  We bonded.  And Guinness is good.  Aside from that I didn’t get to see or do much.  But I did get to go for a run in Hyde Park.  This is like a Central Park type park that sits in the middle of the city and on sunny days brings out the masses.  This particular day was sunny.  I heard Russian, German, Italian, Spanish and of course fancy English.  I kind of stood out like a sore thumb with my bright yellow running shirt but I am pretty sure they could care less.  They hadn’t seen the sun in a month so I could go ahead and wear whatever I like, yeah.  (Those fancy English-speaking people end everything with a yeah said on the upswing.  I like it, yeah.)

India – I’m not going to belabor the sights and sounds and smells.  I’ll just give you a few snip-its.  Mumbai is totally different from any city you’ll ever see.  It is an extremely chaotic city with a bazillion people.  It is sensory overload times ten.  I once asked my driver how he does this day in and day out.  And his reply?  “What?”  I think having cars, trucks, buses, cows, dogs, people, rickshaws, bullock carts, goats, cats, kids all weaving in and out from one another in jam-packed streets going as fast as they can in any direction they can with horns a blaring would be what the what is.  I sometimes just close my eyes on the way to or from work as I always think we’re going to hit that rickshaw or run over that dog or hit that little kid running through the cars.  We never do but it messes with ya I tell ya when you’re not from here.

India – the big splash in the states was the release of the movie “The Hunger Games”.  My family has read all of the books in the series.  It’s a great story.  And I assume it is going to be a great movie.  So, I get all fired up that I can kill some time this weekend going to this show here.  Unfortunately, I’m told it is in Hindi.  Nope.  Not gonna do it.  (FYI – WordPress, the blogging tool I use, accounts for this too and tells me you can get my blog in other languages as well – WordPress.com is available in বাংলা, हिन्दी, मराठी Marāṭhī, தமிழ் and తెలుగు.  So we got that going for us.  Which is nice.)

India – I get a kick out of some of the headlines that occasionally make their way to the papers here.  Today, there was a Sunday Times of India front page headline that said “Divorce Epidemic Due to Sex-Starved Marriages” .  I won’t go into the details it shared but the first paragraph states a Delhi high court has granted a divorce to a man on the grounds of denial of sex by his wife.  Now that is funny.  I don’t care who you are.  And it’s front page news.

Running Update:  Hello, Treadmill!  (Said in my best Hello, Newman! satirical voice.)  The hotel here has played a nasty trick on me.  They removed the sea-side bar and they put the gym and the treadmills back in the basement.  Someone’s got some splainin’ to do. The gym area is ok but I hate treadmills and I hate basement gyms.  But my alternative is to finally get the guts to head out of the hotel gates and run.  I choose treadmill.

One thing I will say is their treadmills here are much nicer than ours at Lifetime.  They have a big screen right on the treadmill with options for TV, Facebook, Twitter, Youtube or Google.  I usually watch TV and ESPN which for here means cricket or English soccer (football).  Believe it or not, I’ve not been able to watch one single game of the NCAA basketball tournament.  That is tough.  I did, however, get to watch the Indonesian Enjoy Jakarta golf tournament.  Close but no cigar when compared to the tourney.  I think the Final Four is next weekend when I’m back.  Unfortunately Wisconsin won’t be in it but I really won’t care who is.  I’ll just be glad to see a game. 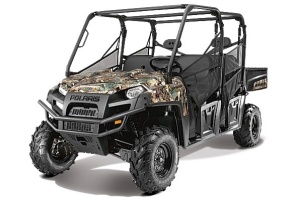 Lately, I have really gotten into shooting clay pigeons.  There is a place I love that is about forty-five minutes north of where I live that takes you up a long winding gravel road.  It makes me feel like I’m up north at our cabin (kind of).  The only difference being the banjo music I hear and the 4-wheeler Polaris Ranger vehicles the members unload that cost more than my truck.

Shooting skeet.  That’s what they call it.  Or at least that is what I call it (and then I spit some tobacco juice for good measure).  It’s not really redneck like you might think.  The over/under shotguns these guys use can run you in the thousands of dollars.  I looked online when I got home Sunday and had thought I had to have one.  Well, maybe some other life.  What could possibly be so special about a gun that would take it north of what I just paid for my son’s braces?  But they do last 50,000 rounds or so the guy at the place told me.  (It would be another lifetime until I used that up so maybe I can start to rationalize this…)  What the guy also told me is his son shoots around 250 rounds a week up there.  He can hit 95+ out of a 100 rounds.  That is impressive.   But instead of being impressed I just thought to myself what is this kid doing shooting skeet 5 or 6 days a week.  “Mom, I’m going up the street to shoot my 12 gauge.  See you later.”  “Ok Jimmy.  Dinner is at 5:00.  Love you.”  America.

A little education for you non-gun people.  An over/under is a shotgun that has two barrels but one over the other.  Get it?  When you look down the barrel it appears to be a single barrel.  And when you yell “pull” you can shoot two clay pigeons without any effort at all.  It is supposed to simulate bird hunting.  So even if you think this is just another hunter thing you’re wrong.  I’m trying to protect those cute little grouse and will just pretend with the blaze orange clay disks…until this fall.

So besides the $2,000 gun what else do I need to buy to become a real Skeetsman?  (I’m not sure if that is a word or not but I’m going with it.)  I need a Polaris Ranger Crew 800 EPS.  This is like bonus info day for you blog readers.  I bet you didn’t even know these existed.  These things are incredible.  You see that tail gate area?  It is actually a power dump truck.  Awesome, right?  And standard with this beast is the Certified Roll-Over Protection System (ROPS).  Yes, they gave it an acronym of ROPS.  I think that is also awesome.  And if you want to spend just a few more bucks you can get the winch system, snow plow and gun carry system.  Only limitation – one color option – Polaris Pursuit Camo.  I can live with that.

Running Update:  Ok, I know you didn’t sign up for this blog to read about clay pigeons and 4-wheelers but that’s what is on my mind so that is what you get to read.  Sorry about that.  You can look smart to your friends now.  As for running, just the normal stuff these days.  I’m still training for the end of April half marathon in Nashville.  But before then I run the Silver Comet 10K this Saturday.  The only blip with the training will be in a few weeks when I venture southeast a bit (India) and say hello to my little friend – the treadmill.  I’ll keep this post short and write some more from there.